Bear smiled at his memories while he showed Kallie a intricately carved pipe. “You know our pipes are sacred. They are made from long stems of hollowed willow or cotton woods. Each is carefully carved with animal figures and special designs that can include glass beads, horsehair and feathers.

“Tobacco is harvested and very valuable for trade. Its smoke is inhaled with special intent. Each exhale is smoke of prayer.” He took out a beaded pouch and explained,

“This ceremonial tobacco is cut with a blend of powerful herbs. Sometimes this can cause a warrior’s mind to journey in leaps and bounds.

“When we were boys, at the great summer gathering, Brave Eagle and I crawled outside the men’s teepee. We were trying to peek in but had to scattered when we heard a man coming out. The elder did not seem to notice us but pulled out a regular smoking pipe and said, ‘Ah, this pipe is broken, I do not need it anymore.’ It was left just outside the entrance, on the ground, in visible sight.

“Imagine our surprise when we discovered that the old pipe was stuffed full of strange smelling tobacco. Quickly we stoked a fire until our poker sticks glowed an iridescent orange that could light the tobacco.

“I took the first inhalation, and my lungs filled with a thick aroma where air had once been. I enjoyed my sudden manhood until my lungs exploded with fire. I could barely hold the pipe for all my coughing and shaking. The other boys who had now joined us, stood with their mouths open. Only Little Wolf laughed, slapped me on the back and skillfully rescued the pipe. Having the hindsight of my experience, he showed us how to properly smoke by inhaling just a little a first, then exhaling gracefully. We chucked as each boy took his turn experimenting with the pipe. Then the smoke effected our thoughts. We proudly sat around the fire and told stories into the late night.” 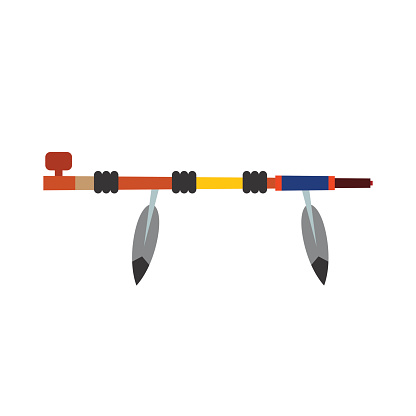